A Man Cleansed by God: A Novel Based on the Life of St. Patrick

With few words, Bishop Patrick dismissed his work in Ireland.  “It would be tedious,” he wrote, “to give a detailed account of all my labors or even a part of them.”

“Who was it that roused me up, fool such as I am, from among all those who are wise and skilled in law and powerful?  He it was who inspired me – me, the least of all – to serve those to whom the love of Christ carried me that I might serve them humbly and sincerely.”

The stylus paused again.  Should he tell the greatest of all miracles God had wrought within him?  Would they believe that God could so change a man?

He firmed his grip on the stylus; they must believe – the Irish must never doubt that all things are possible with God.  He must tell them God’s final gift to him – that he loved the Irish with a deep, all-embracing, eternal love.

He stopped and examined the words critically.  How better could he express his love for them?

“I call God to witness that I lie not: neither, I hope, do I write to you because of avarice nor because I look to you for favor and honor.  I commend my soul to God, for Whom I am an ambassador, despite my wretchedness.  Let me render unto Him for all He has done to me.  I must make known the gift of God; I must spread everywhere the name of God.”

“Yet, what can I do or what can I write? – I who am unable to tell my story to those versed in the art of writing in such a way as my spirit and mind desire and in such manner that the words will express my meaning?”

Laboriously Patrick persisted.  His big hand clutched the stylus awkwardly.  The muscles of his face contracted from the intensity of his effort, magnifying the broad, heavy bones that seemed still to retain the strength of his youth.

He must tell the Irish his heart’s desire: that they hold themselves constantly and faithfully toward God without diminution or distraction.

“Because there is no other God, nor ever was, nor will be, than God the Father unbegotten, without beginning, from Whom is all beginning, the Lord of the universe; and His son Jesus, Christ, Who has been always with the Father, spiritually and inexplicably begotten by the Father before the beginning of time, before all beginning; and by Him are all other things made, both visible and invisible.”

“He was made man and, defeating death, was received into heaven by the Father; and He has been given all power over whatever is in heaven or on earth or under the earth, and every tongue shall confess that Jesus Christ is Lord and God, in Whom we believe, and Whose advent we expect soon to be, judge of the living and the dead, Who will render to every man according to his deeds; and He has poured forth the Holy Spirit upon us abundantly, the gift and pledge of immortality, Who makes those who believe and obey sons of God and joint heirs with Christ; and Him do we confess and adore, one God in the Trinity  of the Holy Name.”

For a long time, the stylus crawled steadily across pages of parchment.  The sun mounted higher, dispelling the mists and bestowing the glory of its own radiance on the land; but Patrick concentrated on the work before him – as determined in this as in any other task he had ever attempted.

At length, he stopped and looked back critically at the writing.  He had not intended to digress from denunciation of himself; yet he had digressed despite himself until he had written of God rather than of himself.

He read the writing again, more slowly than before, then smiled slightly with satisfaction.  It was as it should be, “for this we can give to God in return for being cleansed by Him – to exalt and praise Him before every nation that is anywhere under the heavens.

“I pray those who believe and fear God – whoever deigns to read this writing which Patrick, a sinner, unlearned, has composed in Ireland – that you will never attribute good to me, however small; but let this be your conviction that – as is the perfect truth – it was the gift of God.”

“This is my confession before I die.”

This article is taken from the epilogue in A Man Cleansed by God: A Novel Based on the Life of St. Patrick by John E. Beahn which is available from TAN Books. 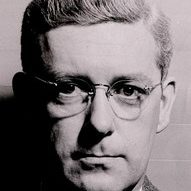 John Edward Beahn (1910-1990) was an American author from Philadelphia.  During World War II he served in the United States Army.  Later in life he became a business executive who wrote popular biographical novels of the saints.