Great indeed was the injury entailed on Adam and all his posterity by his accursed sin; for at the same time that he thereby, for his own great misfortune, lost grace, he also forfeited all the other precious gifts with which he had originally been enriched, and drew down upon himself and all his descendants the hatred of God and an accumulation of evils.

But from this general misfortune God was pleased to exempt that Blessed Virgin whom He had destined to be the Mother of the Second Adam— Jesus Christ—who was to repair the evil done by the first. Now, let us see how becoming it was that God, and all the three Divine Persons, should thus preserve her from it; that the Father should preserve her as His Daughter, the Son as His Mother, and the Holy Ghost as His Spouse.

First point.—In the first place it was becoming that the Eternal Father should preserve Mary from the stain of original sin, because she was His Daughter, and His first-born daughter, as she herself declares: “I came out of the mouth of the Most High, the first-born before all creatures.” (Ecclesiasticus/Sirach 24:5). For this text is applied to Mary by sacred interpreters, the holy Fathers, and by the Church on the solemnity of her Conception. For be she the first-born inasmuch as she was predestined in the Divine decrees, together with the Son, before all creatures, according to the Scotists; or be she the first-born of grace as the predestined Mother of the Redeemer, after the prevision of sin, according to the Thomists; nevertheless all agree in calling her the first-born of God.

This being the case, it was quite becoming that Mary should never have been the slave of Lucifer, but only and always possessed by her Creator; and this she in reality was, as we are assured by herself: “The Lord possessed me in the beginning of His ways.” (Proverbs 8:22). Hence Denis of Alexandria rightly calls Mary ‘the one and only daughter of life.’ She is the one and only daughter of life, in contradistinction to others who, being born in sin, are daughters of death.

Besides this, it was quite becoming that the Eternal Father should create her in His grace, since He destined her to be the repairer of the lost world, and the mediatress of peace between men and God; and, as such, she is looked upon and spoken of by the holy Fathers, and in particular by Saint John Damascene, who thus addresses her: ‘O Blessed Virgin, thou wast born that thou mightest minister to the salvation of the whole world.’ For this reason Saint Bernard says, ‘that Noah’s ark was a type of Mary; for as, by its means, men were preserved from the deluge, so are we all saved by Mary from the shipwreck of sin: but with the difference, that in the ark few were saved, and by Mary the whole human race was rescued from death.’

Therefore, in a sermon found amongst the works of Saint Athanasius, she is called ‘the new Eve, and the Mother of life;’ and not without reason, for the first was the Mother of death, but the most Blessed Virgin was the Mother of true life. Saint Theophanius of Nice, addressing Mary, says, ‘Hail, thou who hast taken away Eve’s sorrow!’ Saint Basil of Seleucia calls her the peacemaker between men and God: ‘Hail, thou who art appointed umpire between God and men!’ and Saint Ephrem, the pacificator of the whole world: ‘Hail, reconciler of the whole world!’

But now, it certainly would not be becoming to choose an enemy to treat of peace with the offended person, and still less an accomplice in the crime itself. Saint Gregory says, ‘that an enemy cannot undertake to appease his judge, who is at the same time the injured party; for if he did, instead of appeasing him, he would provoke him to greater wrath.’ And therefore, as Mary was to be the mediatress of peace between men and God, it was of the utmost importance that she should not herself appear as a sinner and as an enemy of God, but that she should appear in all things as a friend, and free from every stain.

Still more was it becoming that God should preserve her from original sin, for He destined her to crush the head of that infernal serpent, which, by seducing our first parents, entailed death upon all men; and this our Lord foretold: “I will put enmities between thee and the woman, and thy seed and her seed: she shall crush thy head.” (Genesis 3:15).

But if Mary was to be that valiant woman brought into the world to conquer Lucifer, certainly it was not becoming that he should first conquer her, and make her his slave; but it was reasonable that she should be preserved from all stain, and even momentary subjection to her opponent. The proud spirit endeavoured to infect the most pure soul of this Virgin with his venom, as he had already infected the whole human race. But praised and ever blessed be God, who, in His infinite goodness, pre-endowed her for this purpose with such great grace, that, remaining always free from any guilt of sin, she was ever able to beat down and confound his pride.

As Saint Augustine, or whoever may be the author of the commentary on Genesis, says: ‘Since the devil is the head of original sin, this head it was that Mary crushed: for sin never had any entry into the soul of this Blessed Virgin, which was consequently free from all stain.’1 And Saint Bonaventure more expressly says, ‘It was becoming that the Blessed Virgin Mary, by whom our shame was to be blotted out, and by whom the devil was to be conquered, should never, even for a moment, have been under his dominion.’

But, above all, it principally became the Eternal Father to preserve this His daughter unspotted by Adam’s sin, as Saint Bernardine of Sienna remarks, because He destined her to be the Mother of His only begotten Son: ‘Thou wast preordained in the mind of God, before all creatures, that thou mightest beget God Himself as man.’ If, then, for no other end, at least for the honour of His Son, who was God, it was reasonable that the Father should create Mary free from every stain. 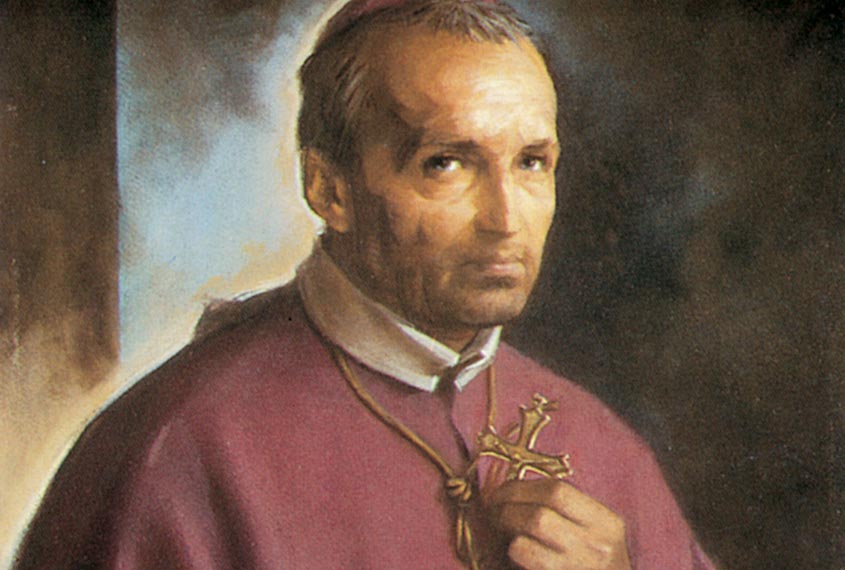