Humility is Essential to All to be Saved (Part I)

“No one reaches the kingdom of Heaven except by humility.”

The TAN Books “Book of the Year” is a favorite entitled Humility of Heart by Fr. Cajetan Mary da Bergamo. The English version of this TAN classic was first published in 1905, translated by Herbert Cardinal Vaughan of England who for more than thirty years had read and studied the original Italian version.

The text of this book has inspired generations of Catholics in English-speaking countries. It is not an exaggeration to say it is probably the finest book produced on the subject of humility with valuable lessons, insights, and stories that inspire readers to greatness.

We sincerely hope readers will enjoy this taste, which will be followed by other sections of the book in forthcoming articles. “Humility,” writes the author, “is a virtue that belongs essentially to Christ.” Let us follow in the footsteps of Our Lord as we study this heavenly virtue, without which a soul cannot be saved.

The passage below is taken from Chapter 1:

God banished angels from Heaven for their pride; therefore, how can we pretend to enter therein if we do not keep ourselves in a state of humility?  Without humility, says St. Peter Damian (Serm. 45), not even the Virgin Mary herself, with her incomparable virginity, could have entered into the glory of Christ, and we ought to be convinced of this truth that, though destitute of some of the other virtues, we may yet be saved, but never without humility.

There are people who flatter themselves that they have done much by preserving unsullied chastity, and truly chastity is a beautiful adornment; but as the angelic St. Thomas says: “Speaking absolutely, humility excels virginity.”

We often study diligently to guard against and correct ourselves of the vices of concupiscence, which belong to a sensual and animal nature, and this inward conflict which the body wages adversus carnem – “against the flesh”-(Gal. 5:17) is truly a spectacle worthy of God and of His angels.  But, alas, how rarely do we use this diligence and caution to conquer spiritual vices, of which pride is the first and the greatest of all, and which sufficed of itself to transform an angel into a demon!

Jesus Christ calls us all into His school to learn, not to work miracles, nor to astonish the world by marvelous enterprises, but to be humble of heart.  “Learn of Me, because I am meek and humble of heart” (Matt. 11:29).  He has not called everyone to be doctors, preachers or priests, not has He bestowed on all the gift of restoring sight to the blind, healing the sick, raising the dead or casting out devils, but to all He has said: “Learn of Me, to be humble of heart,” and to all He has given the power to learn humility of Him.

Innumerable things are worthy of imitation in the Incarnate Son of God, but He only asks us to imitate His humility.  What then?  Must we suppose that all the treasures of Divine Wisdom which were in Christ are to be reduced to the virtue of humility?  “So it certainly is,” answers St. Augustine.  Humility contains all things because in this virtue is truth; therefore, God must also dwell therein, since He is the Truth.

The Saviour might have said: “Learn of Me to be chaste, humble , prudent, just, wise, abstemious, etc.”  But He only says: “Learn of Me, because I am meek and humble of heart” (Matt. 11:29).  And in humility alone He includes all things, because as St. Thomas so truly says, “Acquired humility is in a certain sense the greatest good.”  Therefore whoever possesses this virtue may be said, as to his proximate disposition, to possess all virtues, and he who lacks it, lacks all.

Reading the works of St. Augustine, we find in them all that his sole idea was the exaltation of God above the creatures as far as possible, and the humble subjection as far as possible of the creature to God.  The recognition of this truth should find a place in every Christian mind, thus establishing – according to the acuteness and penetration of our intelligence – a sublime conception of the creature.  But we can only succeed in doing this by humility.

Humility is in reality a confession of the greatness of God, who after His voluntary self-annihilation, was exalted and glorified; wherefore, Holy Writ says: “For great is the power of God alone, and He is honored by the humble” (Ecclus. 3:21).

It was for this reason that God pledged Himself to exalt the humble and continually showers new graces upon them in return for the glory He constantly receives from them.  Hence the inspired Word again reminds us: “The greater thou art, the more humble thyself in all things, and thou shalt find grace before God” (Ecclus. 3:20).

The humblest man honors God most by his humility, and has the reward of being more glorified by God, who has said: “Whosoever shall glorify me, him will I glorify” (1 Kings 2:30).  Oh, if we could only see how great is the glory of the humble in Heaven!

Humility is a virtue that belongs essentially to Christ, not only as man, but more especially as God, because with God, to be good, holy and merciful is not virtue, but nature; and humility is only a virtue.  God cannot exalt Himself above what He is in His most high Being, nor can he increase His vast and infinite greatness; but He can humble Himself, as in fact He did humble and lower Himself.  “He humbled Himself, He emptied Himself” (Phil. 2:7,8), revealing Himself to us, through His humility, as the Lord of all virtues, the conqueror of the world, of death, of Hell and of sin.

But to what purpose did He do all this, if not that by this means all His followers should learn humility by practical example?  He is our Master, and we are His disciples; but what profit do we derive from His teachings, which are practical and not theoretical?

How shameful it would be for anyone, after studying for many years in a school of art or science, under the teaching of excellent masters, if he were still to remain absolutely ignorant!  My shame is great indeed, because I have lived so many years in the school of Jesus Christ, and yet I have learned nothing of that holy humility which He sought so earnestly to teach me.

“Have mercy upon me according to Thy Word.  Thou art good, and in Thy goodness teach me Thy justifications.  Give me understanding, and I will learn Thy commandments” (Ps. 118:58, 68, 73).

There is a kind of humility which is of counsel and of perfection, such as that which desires and seeks the contempt of others; but thee is also a humility which is of necessity and of precept, without which, says Christ, we cannot enter into the kingdom of Heaven: “You shall not enter into the kingdom of Heaven” (Matt. 18:3).  And this consists in not esteeming ourselves and in not wishing to be esteemed by others above what we really are.

No one can deny this truth, that humility is essential to all those who wish to be saved. 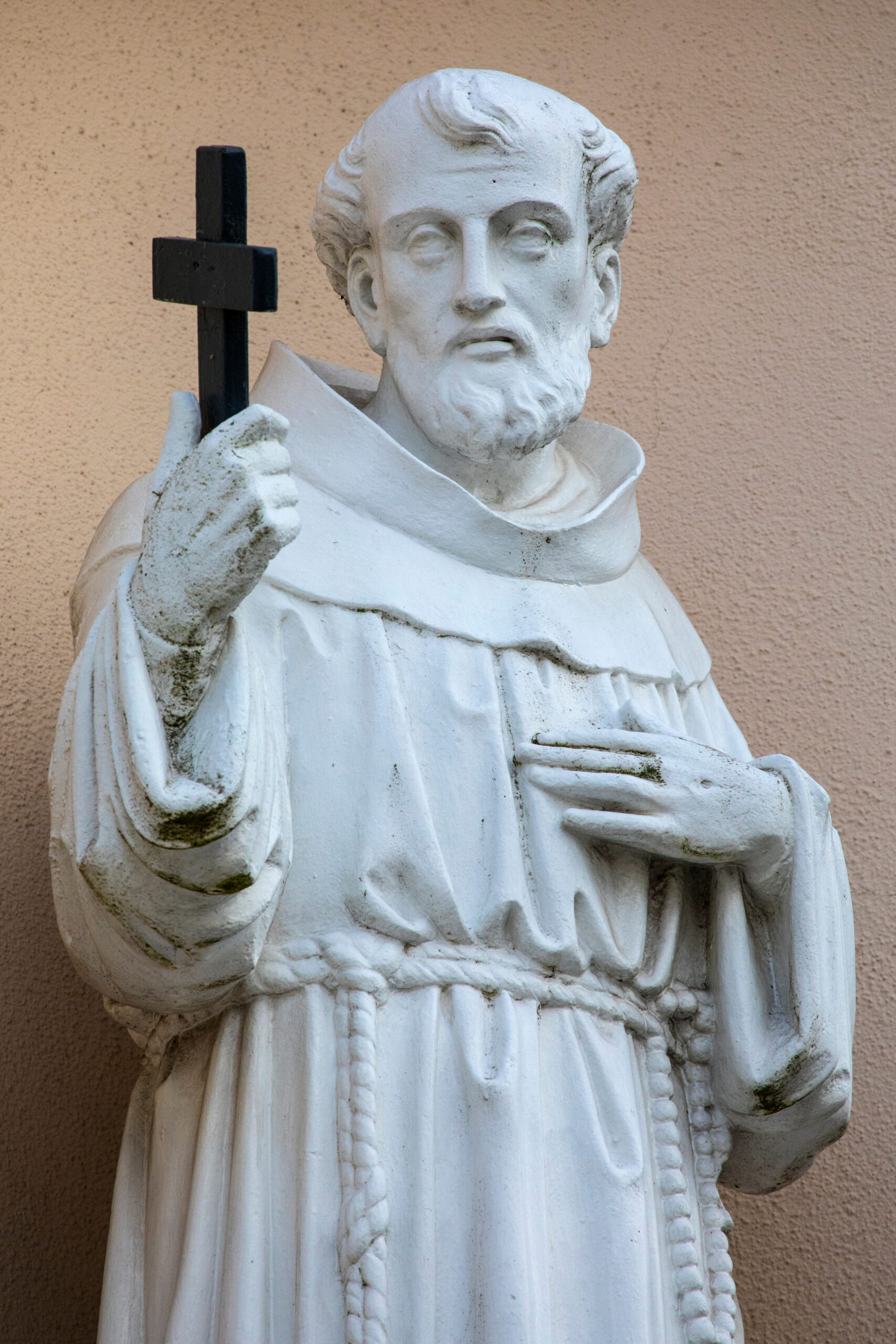 Fr. Cajetan Mary da Bergamo, OFM was a Franciscan friar who became known in the eighteenth century as a theologian who produced volumes of writings on religious subjects.  He is best remembered for his book Humility of Heart published by TAN Books.