The song can be heard here, performed by Luciano Pavarotti in Vienna, Austria.

St. Alphonsus was an Italian bishop from the Kingdom of Naples who was a prolific writer and thinker with countless published works over his long lifetime of ninety years.

These works fill numerous volumes and include publications on subjects as vast as theology, philosophy, music, poetry, law, and more.  St. Alphonsus was also a composer and a gifted musician.

Not to mention, chief among his accomplishments was that he was the founder of the Redemptorist order, a global order of priests very well-known in Italy and Rome, a feat that has helped to solidify his legacy.   In Rome there is a pontifical academy of higher education named after him – the Alphonsianum – founded in 1949 by the Redemptorists, specializing in moral theology.

TAN Books has thankfully kept in print some of the more important key theological, devotional, and ascetic works of St. Alphonsus that have been translated into English.  He remains one of the most widely read Catholic authors in Italy and beyond.

The Most Famous Christmas Song in Italy

Tu Scendi dalle Stelle has been described by the Italian opera tenor Andrea Bocelli as the “most famous song in Italy.”

Indeed, the hymn is the most beloved Christmas carol on the Italian peninsula and is in many ways at the heart of the Italian celebration of Christmas.  The song is heard at just about every Christmas Mass and all throughout the Christmas season at Masses, celebrations, and festivals.

St. Alphonsus was canonized in 1839 by Gregory XVI and was declared a Doctor of the Church by Pius IX in 1871.

It was Pius IX (1792-1878), who translated the song into modern Italian and named it Tu Scendi dalle Stelle (“From Starry Skies Thou Comest”).  The song was an immediate hit since its original release and even more so after its papal approbation and translation into modern Italian, making it understood throughout the Papal States.

St. Alphonsus wrote the song as a young priest in the year 1732 while staying as a guest at the Convent of the Consolation in the hilltop town of Deliceto.

There St. Alphonsus was working in a religious house maintained by his newly created order, in the Province of Foggia in southeastern Italy.

Since his ordination in 1726 at age thirty the saint had worked with the poor of Naples.  He later ventured out of the city where he encountered people who were even more poor in the villages and towns outside of Naples.  This led him to the Province of Foggia, where he was to write the song.

St. Alphonsus understood well the expressive quality of folk music.  In writing the song, it was the folk music played by the simple peasants on traditional instruments that appealed to him. Little did he know the song would become part of the local cultural and regional identity. The song has changed little between generations since its recent translation, making it a wildly popular Christmas hit in all of Italy.

The mood and feeling is a lullaby song to the Baby Jesus, sung with all the love and devotion of a child to his Infant King.  For this reason it is also sometimes referred to as the “Little Song to the Child Jesus.”

The Bagpipe Tradition in Southern Italy

St. Alphonsus preached and wrote the hymn for the common man to understand.  Part of the reason he became so popular in his ministry was because of his plain and simple preaching.  His approach was to never preach a sermon which the “poorest old woman in the congregation” would not understand.

The song was written in the traditional musical style of a “pastorale,” or folk song.  It is often played in Naples and the regions of Southern Italy by the men who play the beloved zampogna instrument, that continues to thrive in the southern regions of the country.

Zampogna music has been described as the soul of southern Italy.   By definition it is a type of Italian bagpipe, a traditional instrument that has become associated with Christmas and this carol. It is accompanied by the playing of a type of folk oboe called by locals a piferro (or biffera), which plays the melody as the zampogna provides the chord changes or rhythmic harmony.

The zampogna has a number of double chambered pipes with bags made of goat and sheep hides that popularly play other folk music ensembles as well.  Men generally walk the streets of Naples at Christmas time playing the instruments in groups of two, with locals singing along to the familiar melody and lyrics. The song is also called the “Carol of the Bagpipers” (Canzone di Zampognari).

Below are the lyrics in English:

O my dearest Child most holy,
Shudd’ring, trembling in the cold!
Great God, Thou lovest me!
What suff’ring Thou didst bear,
That I near Thee might be!

Thou art the world’s Creator,
God’s own and true Word,
Yet here no robe, no fire
For Thee, Divine Lord.

Dearest, fairest, sweetest Infant,
Dire this state of poverty.
The more I care for Thee,
Since Thou, O Love Divine,
Will’st now so poor to be. 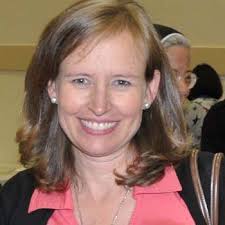 Natalie Hudson is a native of British Columbia, Canada.  Her graduate degree is in social communications from the Opus Dei University in Rome, Italy.  Natalie is a proud homeschool mother who has a keen interest in homeschool teaching pedagogies and TAN Academy curricula.